David Hogg, who survived the shooting at Marjory Stoneman Douglas High School in Parkland, Fla., in February, is headed to Harvard.

Thank you all for the well wishes, I?ll be attending Harvard in the fall with a planned major in Political Science.

Hogg was a student at the school when a former student killed 17 people and wounded 15 on Feb. 14 of this year.

Hogg and other students from the school helped to organize the March for Our Lives rally in Washington on March 24, with other events elsewhere in the country and around the world.

Hogg, and other students, also have become leading voices against gun violence on television, on social media, and at appearances. 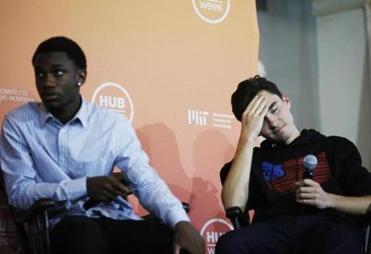 David Hogg and other panelists address gun violence at HUBweek

Hogg has taken his message to Massachusetts more than once in recent months. He appeared at HUBweek in Boston on Oct. 14, speaking on youth activism and gun violence.

He also participated in a four-day, 50-mile march from Worcester to the Springfield headquarters of Smith & Wesson, a gun manufacturer, in August.

“It feels incredibly empowering, because Massachusetts is a great example of why common-sense gun laws work,” Hogg said during that event.

Hogg graduated from Stoneman Douglas in June and took a gap year, saying he planned to work on the mid-term elections.